In the fall of 1887, a campus political campaign raged that resulted in the defeat of a “non-greek” candidate by a “greek” candidate. Very soon thereafter, four of the “non-greek” students, fresh from political warfare, met secretly on a dark and dreary rainy night.  These students included John Holder, John Hale and William Smith, and they unanimously agreed to organize a non-fraternity organization.

Within a month, the membership in the non-fraternity group totaled thirty-fold. Harmony was a constant, and the group was very successful in other campus elections, without the defeat of any of its members. In the following year to come, no new members were taken into the group, allowing the ranks to become thinning through yearly graduations.

This non-fraternity group contained some of the outstanding students at the University within its membership, which resulted in bids to these students from other fraternities. However, every member of this non-fraternal group stated “One will not join a fraternity without the rest following the same footsteps”. The group met to discuss the possibilities of joining the ranks of a fraternity. After searching through fraternity magazines and corresponding with many national fraternities, the group met with one night and the remaining nine members decided unanimously to make an application to Chi Psi Fraternity.

Brother Harvey C. Dargan, Y-68 (from Furman University) was sent to Athens to investigate the application. When Brother Dargan was an undergraduate, he and other Brothers had looked into the possibility of the University of Georgia becoming the home for Chi Psi, but this was never known to any Georgia students or any to the Alphas.

When Brother Dargan arrived in Athens, he met with all nine applicants and with all of their professors, as well as the University Chancellor, who “did not hesitate to acknowledge the best talent in college was among those making application for the Alpha, and words of commendation were not lacking for everyone.

After Brother Dargan had gained all the information he desired-all of which was very favorable-he and other Brothers toured other Southern Alphas to make their favorable report. Then Brother Dargan went to the National Convention at the Fifth Avenue Hotel in New York City to give his investigative report.

On Thursday, April 10th 1890, the Convention discussed the application from the Southern University of an Alpha. “No movement of Chi Psi has attracted such wide discussion within its borders, as the application from students at the University of Georgia for an Alpha”, quoted The Purple and Gold. After a lengthy discussion, the question was voted in the affirmative. Immediately, a short telegram was forwarded to the new members in Georgia. All the telegram said was: “GRANTED; ACCEPT CONGRATULATIONS” 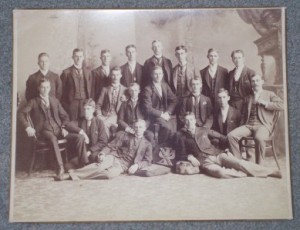 “But was it expedient to extend in the South? Had the time yet come? This question was met by the Convention squarely, and answered by an emphatic “YES”! Why is this change of policy, do you ask? Simply because Chi Psi recognizes the vitality, the permanency and the rapidly growing importance of that resurrected land, Grady’s New South.”

It was almost a month before Brothers John H. green, B’92 and Augustus T. Cooper, B’92, could present themselves to the nine applicants at the university for initiation. Henry S. Anes, E’83, was supposed to assist Brothers Ames and Cooper, but a change in dates and the tardiness of the railroad facilities prevented Brother Ames the honor of assisting in the actual initiation.

On the evening of Saturday, May 3rd 1890, the initiation ceremonies took place. The initiations of these nine Brothers officially organized the Alpha Alpha Delta of Chi Psi. Brothers Green and Cooper advised the new initiates on the value of the new Alpha and how the new Alpha should be guided in the future. Since there were not enough Badges for all the new members, it was decided that none of the new Brothers would appear on campus with Badges until all of the Brothers had procured a Badge. The new Brothers also decided to keep the new organization a secret until each Brother had a Badge, however, this secret did not last long. 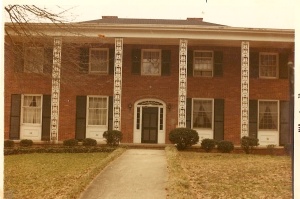 After Brother Ames had breakfast, he wandered through the campus grounds, enjoying the beautiful Sunday morning. He approached a group of students and cautiously advanced questions regarding the university. During the course of conversion, he inquired the number of fraternities that were present in the university. The students gave a quizzical glance at the visitor. After the students had identified most of the group and had spoken flatteringly of their quality, Brother Ames asked to meet with members of the new fraternity. He was taken to the dormitory room of Brother John Holder.

When they reached Holder’s room, there were about a dozen “outsiders” present. In response to Brother Ames’ question about a new fraternity that was organized the night before, Brother Holder decided to tell him the blunt truth. After revealing his identity with the Chi Psi Fraternity, the “outsiders” quietly left the room. Brother Ames and Holder gave each other the grip. Soon, Brother Willia smith arrived. One by one, the new Brothers wandered in until the room was filled with a genial Chi Psi atmosphere.

The next morning, the other fraternities on campus heartily congratulated the new Brothers, welcoming them into the Greek life. Some fraternities sent congratulatory letters, while others expressed pleasure and satisfaction in that the new fraternity was one of the renowned fraternities within the United States. They unanimously agreed that Chi Psi had the “handsomest badge in college”.

Thus began the legitimacy and the functionality of Alpha Alpha Delta of Chi Psi. And as Brother Ames stated prior to his departure from the University of Georgia campus: “it is with Alpha Delta, as with every Alpha of the Chi Psi or any other fraternity, that its destiny is largely presided over its own councils. The fraternity’s standing and reputation is parallel to how the Brothers shape it up to be; not limited to themselves do they build a reputation, but in great measure do their successors reap the fruits of such character seeds as have been sown before them, at least so until by their own continued effort they shall have acquired a standing for themselves. 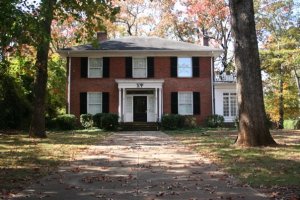